All imports of Western Australian strawberries to Tasmania have been halted due to the risk of green snail incursion. 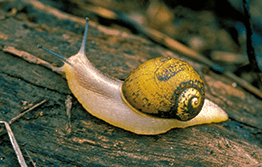 The pest has been identified in a total of three punnets of strawberries purchased in different retail outlets in Tasmania.

All of the fruit originated in Western Australia.

Green snail is classified as a high priority pest and there is a national protocol in place for reducing the risk of its movement outside the confirmed area of establishment for the pest.

Green snail is native to Southern Europe and North Africa but has been established in the Perth metropolitan area since the 1980s and also has been detected elsewhere in Australia.

Mature green snails have an olive-green shell and white flesh. They are intermediate in size and rarely exceed 25mm in shell diameter.