Since the 2017 detection of TPP (tomato potato psyllid) in Western Australia (WA), industry stakeholders in New South Wales (NSW), Queensland (Qld), South Australia (SA) and Victoria (Vic) have been concerned about the impact of regulatory movement conditions on produce that may spread the pest and disease, if detected, across the respective jurisdictions.

In October 2017, a request was made by industry stakeholders for Plant Health Committee (PHC) to take into account the economic impact of imposing regulated risk mitigation measures on the movement of potato tubers between jurisdictions if TPP was found in the eastern states and territories.

PHC acknowledged that TPP detections in the eastern jurisdictions will be dealt with through the Emergency Plant Pest Response Deed. PHC agreed it is critical that business continuity is maintained whilst measures are put in to slow the spread of TPP. PHC held a number of scenario workshops on key pathways of TPP spread that also involved representatives of key affected industries. A draft protocol for all pathways including potato tubers was prepared in early 2018 and circulated by PHC to key industry stakeholders for comment and feedback. The protocol was revised and considered at a PHC meeting in early October 2018.

At this meeting, PHC confirmed that it is:

Specifically for potato tubers, PHC took into consideration the following: 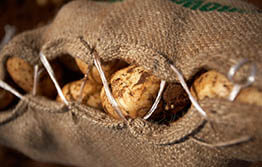 As indicated above, at that point it was considered the requirements of the proposed protocol would only take effect when TPP is detected in NSW, Qld, SA or Vic and was confirmed to have come from WA, i.e. could be considered free from CLso.

The latter prerequisite caused some industry concern due to delays likely to be encountered in confirming source of the TPP. To address these concerns, PHC, in conjunction with the national TPP Coordinator, met with representatives of the ware and processing potato industries in a November 2019 workshop to investigate the ‘worse-case scenario’ of TPP carrying CLso being detected in eastern states of mainland Australia and determine what likely conditions and risk mitigation measures could be put in place to ensure business continuity and produce movement through the initial incident definition phase of a biosecurity response.

The workshop was successful in preparing industry and government in the event of the detection of TPP and CLso in the eastern mainland states. Workshop participants developed high-level risk mitigation frameworks for the movement of both processing and ware potatoes across regions and borders in the event of TPP carrying CLso being detected in the eastern states. For these two pathways, hazard points were identified and for each point, meeting attendees considered the associated risk and likely approaches to mitigating this that would enable business continuity. Workshop participants agreed that as a next step, detailed movement conditions based on a formal risk analysis of the scenarios were required that would provide the detail to underpin the overarching plans developed in the workshop.

At its December 2019 meeting, PHC took account of workshop outcomes, endorsing them and recognising the importance of continued movement of ware and processing potatoes during the incident definition phase following detection of TPP/CLso in the eastern states, and that the risk frameworks developed at the TPP Business Continuity Workshop (November, 2019) provided a way forward to achieve this. PHC tasked a working group with formalising the risk assessment to underpin this, to be provided to the Subcommittee on Domestic Quarantine and Market Access to develop and agree on appropriate movement conditions through 2019/20. While this process is underway, it is expected that the risk frameworks developed at the workshop would guide actions to maintain business continuity in the event TPP were detected in NSW, Qld, SA or Victoria.